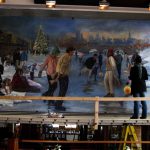 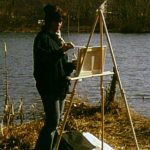 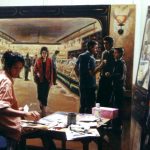 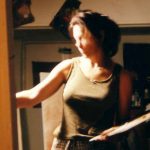 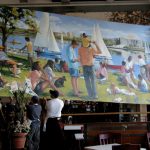 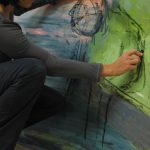 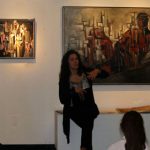 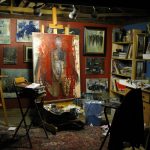 Antonia Ramis Miguel was born in Spain and has been painting since childhood. Trained in Europe, she studied for seven years with Professors Edgardo and Alceu Ribeiro, themselves students of the renowned constructivist Joaquín Torres-García. Following her formal training and pursuing an interest in conservation, she spent several years studying the techniques of, among others, Rubens, Sargent, Velázquez, and Vermeer. In the present, she owns and runs her Art School and Studio, Miguel’s Atelier in Ellicott City, MD.

Miguel paints primarily in the medium of oil, on canvas. She has shown her work in individual and collective exhibitions in her native Spain, the United Kingdom, Austria, and the United States.

Miguel divides her time between Ellicott City, MD, Washington, D.C. and Palma de Mallorca (Spain). She also teaches at the Truro Center for the Arts at Castle Hill, affiliated with the Art Institute of Boston, and also at the South Shore Art Center. She offers workshops in Boston, Massachusetts and abroad (Europe). She collaborates as an art adviser for ARCK Art Resource Collaborative for Kids. Her work can be seen at the Julie Heller Gallery in Provincetown, MA, The Watergate Gallery in Washington, DC and HorseSpirit Arts Gallery. 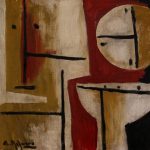 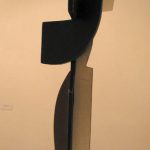 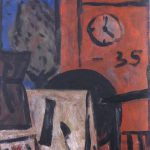 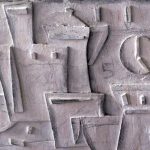 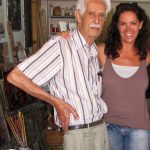 In 1939 receives a grant and he and his brother Edgardo move to Montevideo and began studying with Master Joaquin Torres Garcia. Studies in the Taller Torres Garcia will last until 1949 the year of the Maestro’s death.
After just few years of starting his artistic training, Alceu started to earn awards, praise and encouragement of criticism. With support of the municipality of Montevideo founded the workshop: “The Mill”, which he directs. In 1974 he settled permanently in Mallorca teaching art with his brother Edgardo Ribeiro, where Antonia R Miguel would become one of their students in 1981. Miguel, will spend last five years of her training under the guidance of Alceu Ribeiro. She will learn from him the passion for experimentation.
Keeping with the spirit of the master constructivist Torres Garcia, Alceu Ribeiro incorporates many of his compositions in a structure based on the geometric rigor and sustained by the golden section in order to achieve harmony feat proportion to the whole. Their works are in the National Museum of Fine Arts, the Museum of Contemporary Art Madrid, Museum of Medellin in Colombia, Brazil, and private collections in Europe. 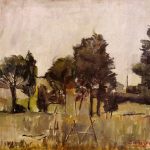 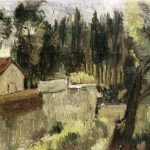 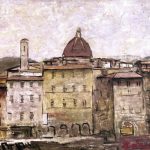 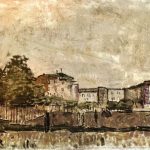 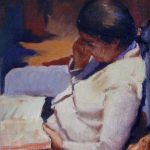 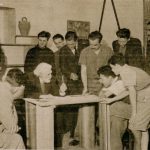 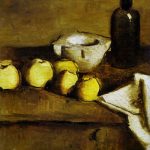 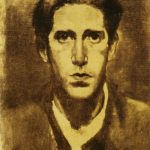 Born in Uruguay on October 13, 1921, from an early age he shows a clear talent and interest for drawing which will be discovered years later. Edgardo and his brother Alceu received a grant in 1939 to move to Montevideo beginning his studies with Maestro Joaquin Torres-Garcia.
In 1943 Edgardo won his first Grand Prix “Friends of Art” and numerous prizes would follow. His work was shown in his native Uruguay, Paris, Holland, Tokyo, Mexico, Spain, Washington DC.
His works are in Museum collections around the world from Montevideo to The Museum of Modern Art in Moscow.
Edgardo Ribeiro had a long activity as a teacher; strong and generous. He moved to Mallorca, Spain in 1970 opening an art school with his brother Alceu; where Antonia R. Miguel became one of their students in 1981.
A. Miguel spent more than two years working on her training with Edgardo Ribeiro, and kept in touch through letters for years when he moved back to Uruguay.
Edgardo Ribeiro died in Uruguay in February 2006, at age 84. 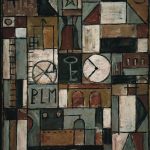 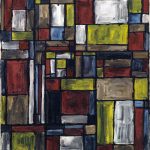 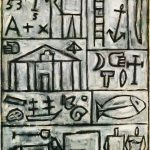 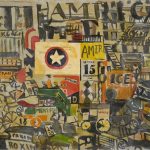 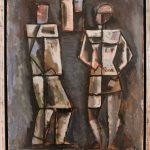 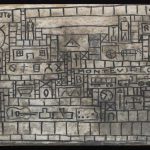 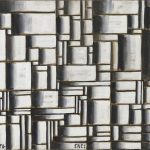 Torres García moved with his entire family to Spain in June 1891; he was 17 years old. His father’s family proceeded directly from Mataró, Spain. Torres García began to attend a local academy by day where he learned the basics of trade and at night attended drawing classes in an Arts academy. His family decided to settle in Barcelona which enabled Torres García to enroll in the School of Fine Arts (Escuela de Bellas Artes de Barcelona). In 1898, Torres García matriculated in the Cercle Artístic de Sant Lluc.

In 1901 Torres García started to paint frescoes. He began painting murals, first with Adrià Gual and later with the famous Catalan architect Antonio Gaudí on “The Sagrada Familia” Cathedral; Barcelona. Gaudí hired him as well to work in the interior restoration of the “Santa María” Cathedral of Palma de Mallorca.

In 1909 he marries Manolita Piña. In 1920, at age 46, Torres García moves with his family to Paris. From there he set off for New York City, where he met several Spanish artists. He also met Max Weber, the musician Edgar Varèse, Charles Logasa, John Xcéron, the Whitney sisters, the painters Joseph Stella, David Karfunkle, Marcel Duchamp, and Man Ray, among others. In this same period, he met Michel Seuphor, who presented him to Jean and Sophie Arp, Adya and Otto Van Rees, Luigi Russolo, and Georges Vantongerloo. Torres García was soon admitted to the group’s meetings, which were headed by Piet Mondrian.

In these meetings were forged the nucleus of the future group Cercle et Carré (“Circle and Square”), promoter of the first exhibition of constructivist and abstract art in 1930. Torres García contributed to constructivism with the order and logic found in rules of composition such as the golden ratio and the inclusion of symbolic figures that represent man, knowledge, science, and the city. In 1932, he left Paris because of the economic crisis and took up residence in the Madrid establishing in 1933 the “Grupo Constructivo.”

In 1934, a year and a half after his arrival from Paris, Torres García decided to move for the last time to Uruguay to his native Montevideo, where he was received as a member of the European artistic elite. Little after Torres García founded the Uruguay Society of Arts. In 1934, Torres García was named honorary professor of the Faculty of Architecture of Montevideo and in 1935 he published a book titled “Estructura”. Torres Garcia published numerous writings and books about constructivism; receiving a great homage with the participation of Pablo Picasso, Gregori Marañón, Pablo Neruda, Lipschitz, Braque, and Ozenfant. That year he also published his own artistic theory, called “Universalismo Constructivo” (“Constructive Universalism”).

He founded “The School of the South” where he taught to a large number of students from where well known paintes would result; among them Edgardo Ribeiro and his brother Alceu Ribeiro. Joaquin Torres García died in Montevideo in August 1949 at age 75; having changed the face of modern art in Uruguay; with his art, teaching, and given in numerous conferences and producing numerous books and writings about constructivism.